Hey all, I’ve disappeared from these hallowed pages the past week or two primarily because I’ve been working with Nick on getting our album recorded. Well, I’m pleased to say it has been! Did you feel that? The world just changed a little bit. Leading up to it, I went on a listening tour of jazz, a tour that I’ve taken so many times that it only occasionally rises to its old luster. But then you listen to Coleman Hawkins and Sonny Rollins, with a young Paul Bley, and you list 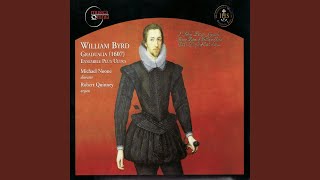 It’s important to never let critical judgement lapse even with your greatest heroes. I’ll give you an example: the other night, I was biking and listening to Gradualia, a massive collection of catholic liturgical music by William Byrd, composed late in his life. As a small bit of explanation, let me say that, later in life, and especially with his Latin liturgical music, William Byrd cultivated what was at times a brutally austere style. Gone is a lot of the harmonic daring,